The key component of a solar power station, which converts light to DC electricity

We list the supplier of the solar modules because this is the key sub-system - the one that converts light into electricity.

Most flat panel solar modules applied to utility-scale projects are the same as those used for other applications, though a few are tailored for ground mounted or large-scale applications.

A small minority of projects, however, use concentrator panels, which are only suitable for large-scale free-field applications.

The EPC contractor will normally select the supplier and procure the solar modules.

The solar module producer is known for some, but not all, of the projects on Wiki-Solar's database. Therefore, as noted below the table some figures will be under-stated. However, several of the leading participants confirm details of their portfolio to Wiki-Solar (and you can too - see the bottom left of this page).

Some suppliers in this list also fulfil other roles in utility-scale projects, as developers and/or EPC contractors for example. The figures quoted here apply only to their solar module supplies. Where companies have maps, however, these will show all their projects.

The most recently published list of leading producers with identified solar module supply to utility-scale solar power stations is shown below.

This shows the situation in October 2021. 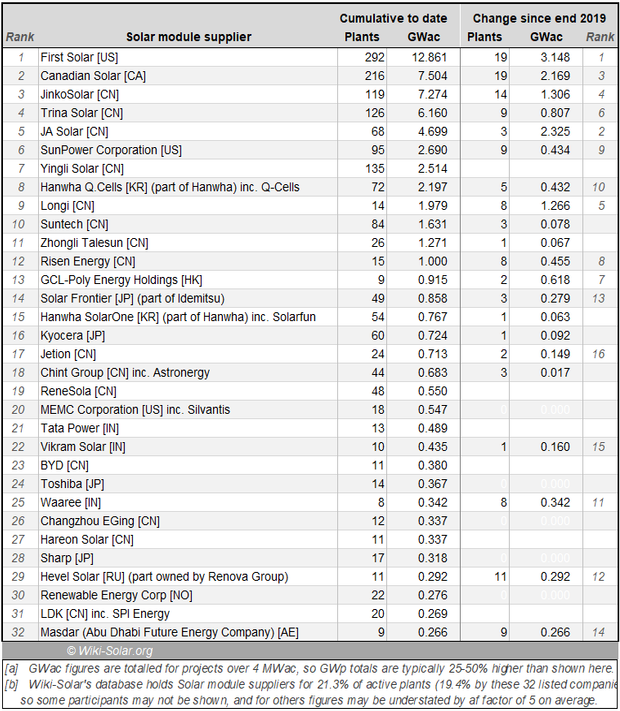