We analyse the data given for each of the projects in the Wiki-Solar Database to give the key parameters described here. This therefore reflects the ratios achieved in practice. 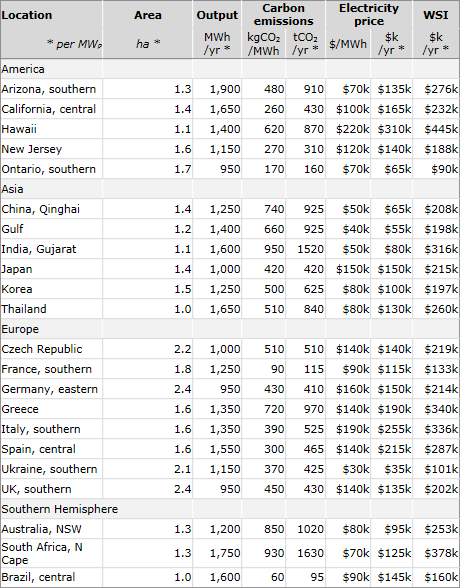 Several of these ratios can be calculated in theory or from national published data, and some sample results derived in this way are illustrated on the right.

A key to the figures in each column is given on the far right.

Columns headed with an asterisk show ratios per MWp of solar generation capacity.

The data in each column is derived as follows:

° There is a full list of data sources in the book

This analysis excludes the benefits that may accrue from incentive and support programs, such as those listed here.